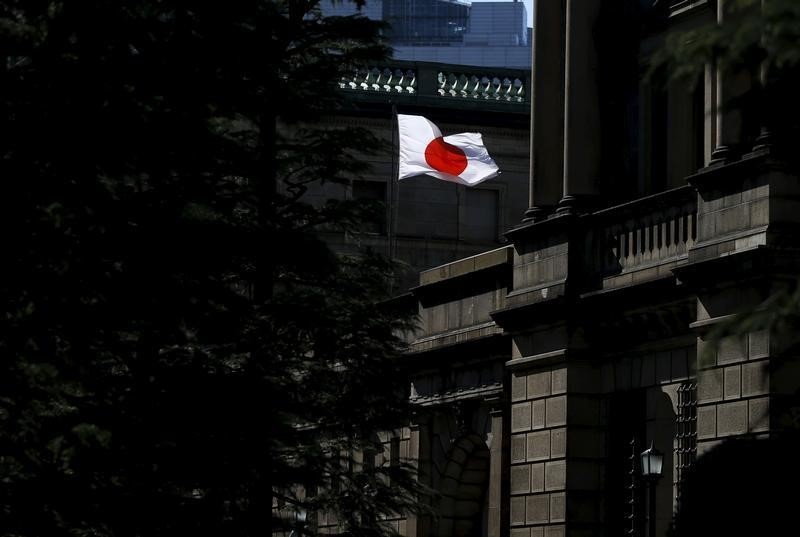 (Bloomberg) — The Bank of Japan stood pat on policy but trimmed its economic forecast for the current year as rising waves of the coronavirus abroad cloud the recovery outlook and spark renewed nerves in markets.

The BOJ kept its key interest rates and asset purchases unchanged, according to a statement from the central bank Thursday. All but one of 43 surveyed economists forecast the result.

The bank cut its growth forecast for the year ending in March to a 5.5% contraction from a 4.7% drop, citing a delayed recovery in the services sector. It raised its growth projection for the following year to 3.6%. Amid renewed concern over the trajectory of the pandemic, it said the outlook for the economy was extremely unclear.

The decision to hold on policy likely reflects signs of a recovery from a record contraction as production and exports improve. Still, the BOJ stated its readiness to take further action if needed. Ramped-up asset buying has helped keep markets relatively stable while around $1 trillion in loan programs has ensured struggling firms can access credit rather than going bust.

A resurgence of the virus in the U.S. and Europe is increasing the risks for Japan’s export-reliant economy. A return to partial lockdowns in some parts of Europe and the prospect of an even more prolonged pandemic are helping fuel stock market falls and further yen gains.

The yen was trading largely unchanged at 104.48 against the dollar following the decision. The currency this week strengthened to a five-week high against the greenback amid concern over the impact of the worsening pandemic on global economic activity. The stock index was down around 0.4% after the start of the afternoon trading session, paring earlier losses.

“While the reflation effort is on the back burner for now, the central bank continues to face serious challenges, with the economy still struggling from the virus impact and recent readings on core inflation below zero.”

The decision comes just hours before the European Central Bank is set to deliver its own policy decision. The ECB is expected to hold fire, while signaling more stimulus in the works to combat the impact of the virus’s recent spread, though speculation is growing that it may move early.

While Japan has had far fewer virus cases than many other developed countries, the surge in Europe and the U.S. casts a shadow over the outlook.

“The BOJ is definitely keeping its guard high,” economist Hirofumi Suzuki at Sumitomo Mitsui (NYSE:) Banking Corp. said before the BOJ decision. “There are so many uncertainties, from the impact of rising virus cases in Europe to the outcome of the U.S. presidential election.”