Your Next Acquisition Awaits By Investing.com 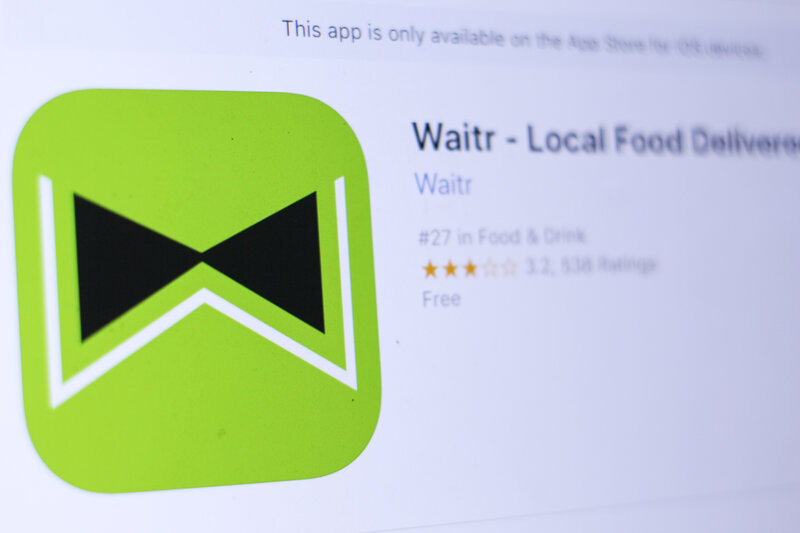 Investing.com — You probably haven’t ever heard of Waitr, but if CEO Carl Grimstad has his way, the name will soon be in headlines alongside Uber (NYSE:) Eats, DoorDash or Grubhub — as proud new owner of the food delivery service.

“I have three competitors that all want more market share that are super highly capitalized. Consolidation works in this industry,” Grimstad said in a phone interview this week. “”It’s going to be hand to hand combat.”

Uber, Grubhub and Doordash did not reply to requests for comment.

Waitr, founded in 2013, focuses on underserved markets largely in the Southeast of the U.S. Grimstad joined in January to turn around the company from a money-loser whose stock at one point plummeted from a high of $14.15 in March 2019 to a low of 24 cents eight months later. Grimstad saw dwindling cash balances at the Lafayette, La.-based Waitr, which faced delisting for having a low share price for an extended time. He cut expenses, increased fees and reclassified drivers from employees to contractors.

In the second quarter this year, Waitr saw its first-ever quarterly profit, and Grimstad intends for it to continue that way, regardless of whether or not he sells the company.

“You really can’t run a business to sell it, you have to run it for the long term,” Grimstad said. “Our head is down and we’re doing the blocking and tackling every day.”

While Waitr doesn’t have a huge analyst following — there are two that we found — both seem to quite like the stock. In August, Craig-Hallum analyst Alex Fuhrman reiterated a buy after meeting with management. Waitr’s fundamentals are strong and the stock is cheap compared to rival Grubhub, StreetInsider reported Fuhrman as saying.

In July, B. Riley analyst Jeff Van Sinderen started coverage with a buy rating, noting that it “frequently commands first or second place in market share, while efficient penetration and servicing of such markets has largely proven elusive for the larger players in the industry,” according to StreetInsider.

Grimstad cites the 20-odd markets where the company is the local favorite as among the most attractive qualities that a possible buyer might look for. It also serves 20 million customers and 20,000 restaurants.

“The market has expanded so rapidly, all the players are everywhere, but we have meaningful market share in these harder to reach plus or minus 20 markets,” Grimstad said. “Secondarily, it’s a cash flow machine now.”

Market research indicates that the food delivery industry’s total addressable market will continue to grow for years as more types of food preparation businesses begin to use delivery services, Van Sinderen said. “We believe that WTRH has been reborn under new CEO Carl Grimstad, who took the helm on January 3, 2020, following lackluster performance throughout  most of 2019 and significant management turnover,” Van Sinderen wrote in a note. “Mr. Grimstad…

Read More: Your Next Acquisition Awaits By Investing.com

10 Reasons Bitcoin Is a Terrible Investment