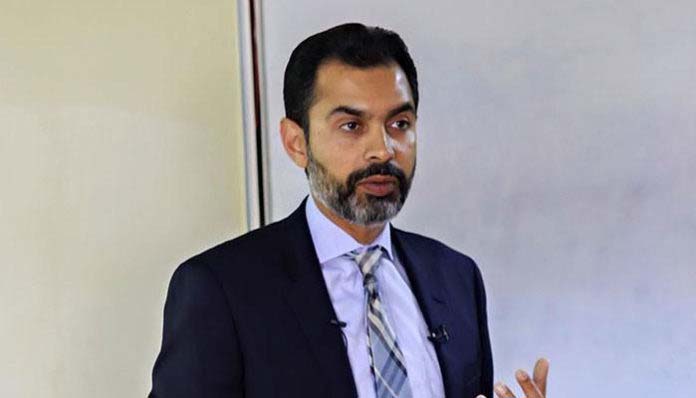 At the invitation of Governor Baqir, Dr. Ishrat Husain, Advisor to the Prime Minister on Institutional Reforms and Austerity and the Governor State Bank of Pakistan (SBP) gave the keynote speech at the event.

The objective of this initiative is to provide a fully digitalized platform to the business community and individuals in approaching banks for their foreign exchange related requests.

The initiative will transform FX operations by replacing the paper-based requests with electronic submissions, which is not only efficient but also cost effective. This development is also congruent with the Government of Pakistan’s vision of Digital Pakistan.

Deputy Governor informed that all FX related transactions create cross border monetary and reputational exposures for both the businesses and country and need to be well managed to avoid any unwarranted risks. He shared with the audience that in order to address this issue, remove inherent problems related to paper based processes and ensure timely delivery of services to the stakeholders, SBP has developed this online platform under the umbrella of its ‘Knowledge Management System’.

He informed that SBP has worked with various public and private sector entities for providing alternate delivery channels for payments. He also mentioned that work of micropayment gateway is at advance stage, which would revolutionize the payment spectrum in the country.

He also mentioned that End-to-End digitalization of process through the commercial banks’ portals will enable customers to lodge their FX related requests from the location of their convenience thereby sparing their valuable time previously spent in navigating the paper-based processes.

Chief Guest Dr. Ishrat Husain, Advisor to the Prime Minister on Institutional Reforms and Austerity, in his address congratulated SBP for launching the online FX Regulatory Approval System and noted that the System was expected to…

Will the dollar’s weakness result in Bitcoin finally breaking

Economic Preview: Tesla and Netflix put their big 2020 gains on the

Lira Heads for Biggest Monthly Decline This Year By Bloomberg