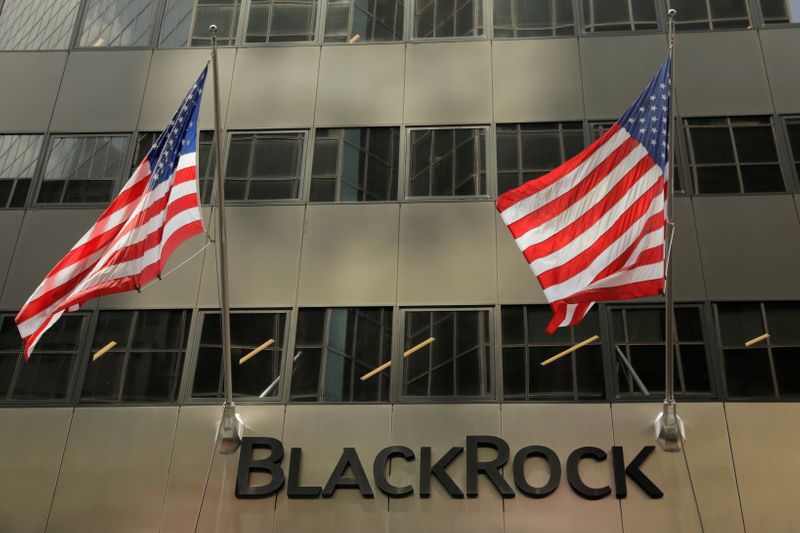 © Reuters. FILE PHOTO: A sign for BlackRock Inc hangs above their building in New York

“I am pretty bearish on the emerging world,” Fink said at an online event hosted by the Institute of International Finance.

He said the COVID-19 pandemic is taxing emerging economies and their health systems more than developed countries, de-globalization is hurting the commodity-dependent countries and the group is more sensitive to effects of climate change.

Outside these global macro trends, a lack of trust in EM governments is further hurting the asset class, the head of BlackRock said.

“We’re seeing a flip-flop of governments. One government could raise a lot of debt, new government comes in and (there’s) different behaviors, different attitudes, and it doesn’t create any confidence for the debt holders,” Fink said.

“The risk premium that you’re going to have to demand to invest in the emerging markets is growing persistently.”

Following a sharp spike in March as COVID-19-related shutdowns spread all over the world, the rolling-year average premium demanded to hold EM debt rose to its highest in more than a decade.

BlackRock is the world’s largest asset manager with almost $8 trillion under management.

Fink added that many emerging countries are going to have to restructure their debt and their leaders are not aware of who is holding the debt and how that affects a restructuring.

“I have had three or four conversations with leaders of different emerging countries… it’s like I’m telling them some facts from outer space,” Fink said.

Fusion Media or anyone involved with Fusion Media will not accept any liability for loss or damage as a result of reliance on the information including data, quotes, charts and buy/sell signals contained within this website. Please be fully informed regarding the risks and costs associated with trading the financial markets, it is one of the riskiest…