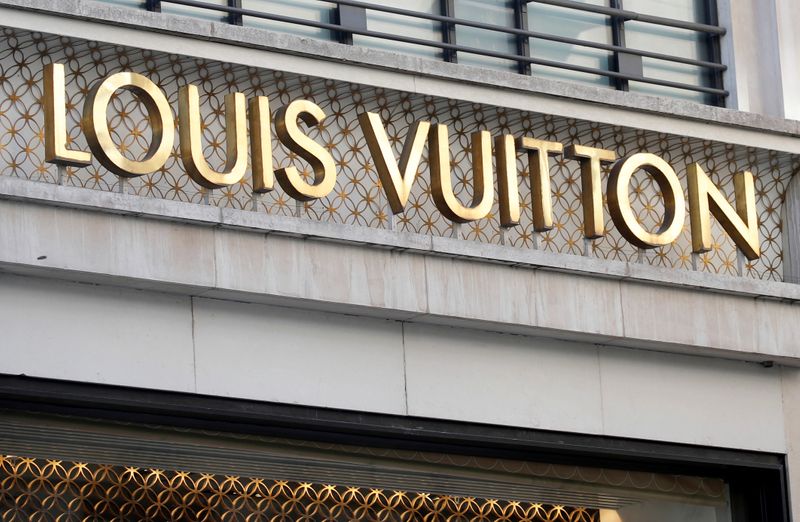 © Reuters. Louis Vuitton logo outside a store in Paris

PARIS (Reuters) – LVMH said on Friday it had submitted its troubled takeover of Tiffany, which is now at the centre of a legal dispute between the two groups, for EU approval as it seeks to counter accusations that it deliberately stalled antitrust proceedings.

The French group’s $16 billion acquisition of the U.S. jeweller turned sour last week when LVMH said it could no longer complete it due to a request by the French government to delay the closing of the deal and the weakening of Tiffany’s business.

Tiffany responded by suing LVMH in a court in Delaware, seeking to force the French group to honour the deal, which was agreed last year, before the coronavirus pandemic hit the luxury sector hard.

“LVMH confirms that earlier today, immediately after receiving approval to proceed by the European Commission, it has submitted the proposed acquisition of Tiffany for antitrust review, as it has always stated it would do,” it said.

“Eight of the ten requisite antitrust clearances have already been obtained,” it added.

LVMH said it expected to receive approval from the EU and Taiwan – the last two remaining authorities that have yet to clear the deal – “well before” a Nov. 24 deadline to close the takeover.

In its lawsuit, Tiffany accused the French group of delaying its request for antitrust clearance and running out the clock in order to make the deal collapse.

The U.S. group on Friday welcomed the filing of the deal with the EU.

“The speed with which LVMH acted after Tiffany filed its complaint in Delaware only underscores LVMH’s delays and lack of compliance with the merger agreement over the prior months,” it said.

LVMH denies having sought to delay regulatory approval of the takeover. It has in turn accused Tiffany of mismanaging its business during the health emergency — an allegation which the U.S. group rejects.

The Delaware court meets on Monday to discuss Tiffany’s request to fast-track the case. Tiffany wants a ruling before the Nov. 24 deadline, while LVMH says there is no reason to speed things up and that more time is needed to prepare properly for a complex trial.

Fusion Media or anyone involved with Fusion Media will not accept any liability for loss or damage as a result of reliance on the information including data, quotes, charts and buy/sell signals contained within…

Trump predicts coronavirus vaccine will be available to all Americans

Funds locked in DeFi surge $1B as analyst tips post-election…

Crypto P2P adoption in Middle East stymied by politics and…

Goldman to pay $3 billion, claw back executive pay over role…